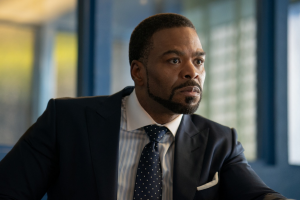 Twitter goes wild as someone leaks a picture of Method Man in briefs and no shirt in the upcoming episode of Power Book II: Ghost.

On the spin-off show, Tical plays a shiesty lawyer named Davis Maclean. Maclean is hired by Tariq St. Patrick to help Tasha, his mother played by Naturi Naughton, get out of jail.

While we do not know the context of this explicit scene, ooo wee, are we excited to see what the popular Wu-Tang Clan member is rocking with.

Here are what some fans are saying on Twitter:

This ain’t nothing new. Women have been losing their minds since the girl sent Meth to go get some pads in the “You’re All I Need/ I’ll Be There for You” video.

The post Method Man Brings The Pain in New Episode of ‘Power Book II: Ghost,’ Wears Only His Undies appeared first on The Source.