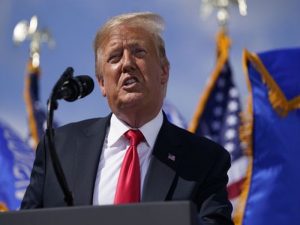 Donald Trump’s payroll tax cut, which he issued through an executive memorandum, has important implications for peoples paycheck. Amongst other things, suspension of payroll taxes is one of Trump’s top priorities. The President was extremely swift in making this move. It happened when  Congress did not include a payroll tax cut in a potential stimulus deal. Trump immediately used executive action on August 8 to introduce a payroll tax holiday.

Now what does this mean exactly? How do people determine if they will be affected? The 3 key points to focus on are:

While the guidance does allow employers to “make arrangements” to collect taxes from an employee, it could prove challenging if a worker quits his or her job. “When most people quit jobs, they don’t want to be found, especially if you want to collect money from them,” said Nicole Davis, CPA and founder of Butler-Davis Tax & Accounting in Conyers, Georgia.

In a directive issued by Donald Trump, he said “this modest, targeted action will put money directly in the pockets of American workers and generate additional incentives for work and employment, right when the money is needed most”. With this still being fairly new and both employers and employees figuring everything out, we will definitely keep you updated.

The post What You Need To Know – Donald Trump’s Payroll Tax Cut appeared first on The Source.